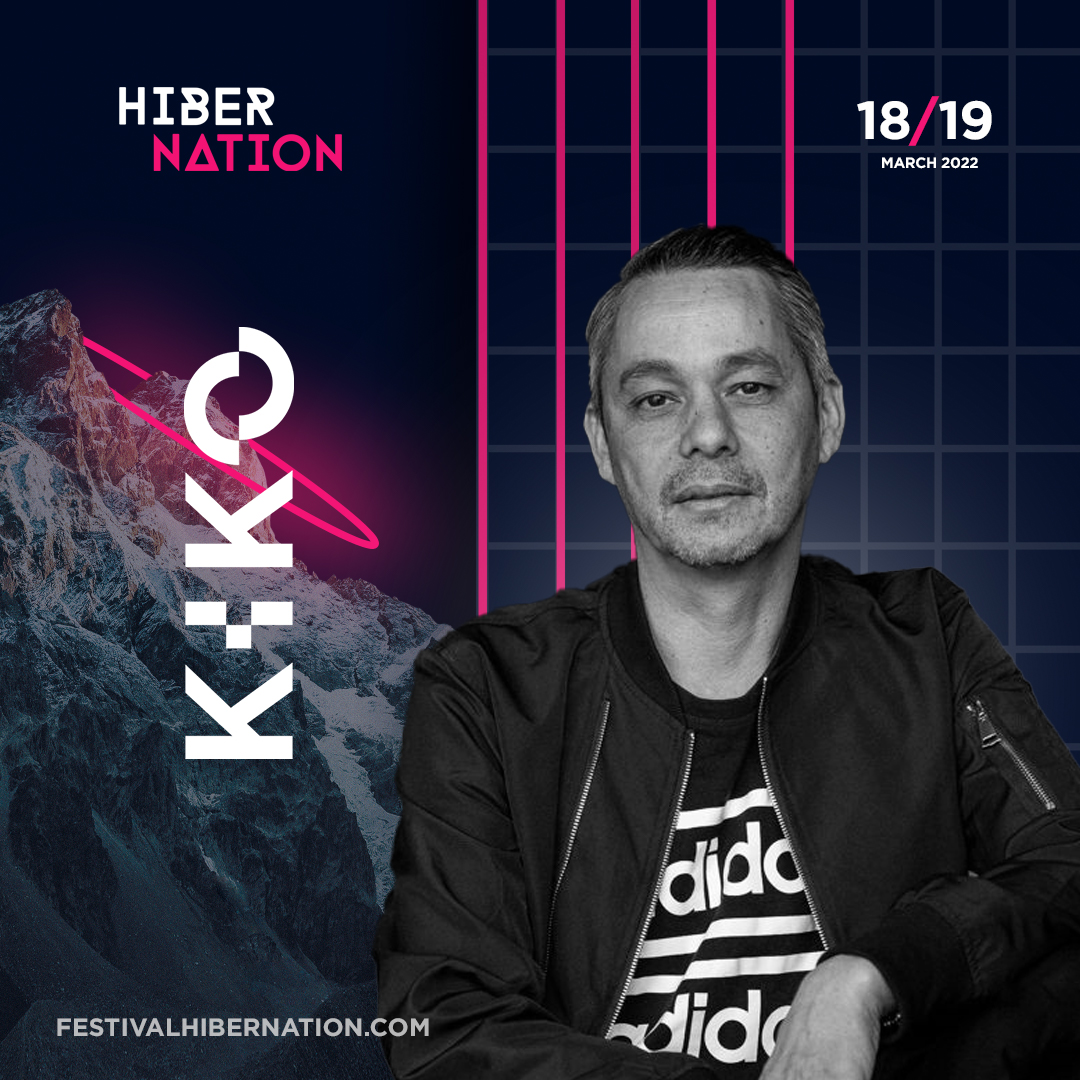 Kiko is a versatile artist who has thrilled electronic music fans for two decade now !

His music career began in the mid-90s in Grenoble, France. Back then, Kiko made many collaborations with labels and artists (The Hacker, Oxia and Miss Kittin). At this period, his vinyl shop was one of the most important place of Grenoble’s electronic scene. Then he played in the biggest festivals, clubs and raves, travelling through the country before growing international.

In 2011, Carl Cox chose him for his « Revolution Tour » warm-ups in France. 2013 was marked by his own tour « 20 Years of Music Production » and his worldwide gigs. In the late 90s, Kiko decided to focus on production, which was based on his own influences : the italo-disco and new wave musics .

His many releases speak for him and his music is played by the very best DJ, from Jeff Mills to DJ Hell and Laurent Garnier. In 2021, he released the track with is friend Citizen Kain on Afterlife !

With more than 500 tracks and a lot of great collaborations, we really want to hear his music on the mainstage of our festival !